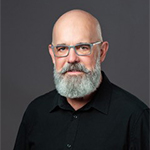 Michael is an accomplished executive, worldview expert, cultural apologist, and author. Ever since leaving his career as a corporate CEO in 2001, Michael has been working to equip the Church in America with a robust Christian life and worldview.

In 2007, Michael founded the Center for Christ & Culture where his popular weekly commentaries grew to reach more than two million readers through Crosswalk.com, Christianity.com, The Christian Post and numerous other web-based outlets. In 2009, Michael authored his critically-acclaimed book, Uncompromised Faith: Overcoming Our Culturalized Christianity (NavPress). He also contributed to the 2014 book, Same-Sex Marriage: A Thoughtful Approach to God’s Design for Marriage by John Stonestreet and Sean McDowell.

Michael has been a featured speaker at many venues including, the University of California at Berkeley, the National Conference on Christian Apologetics, and numerous churches across the country. He served as an adjunct professor at Western Seminary where he was invited to teach on Cultural Apologetics. He has appeared on Fox News, CNN, ABC, NBC, and many other national television and radio programs.

Prior to joining The Colson Center, Michael served for five years as the president of BridgeBuilders, an inner-city ministry in South Dallas, where he pioneered a missional strategy for transforming the “culture of poverty” into a culture of flourishing, breaking the cycle of poverty that dominates America’s inner-city communities.

Michael lives in the Dallas area with his wife and three children.

By submitting the form below, you can expect the following: 1). You will receive an email with some helpful information. 2). We will “snail-mail” you a 10-page brochure. 3). Someone from your selected Cohort will contact you to answer any questions and discuss the Program. We look forward to connecting!